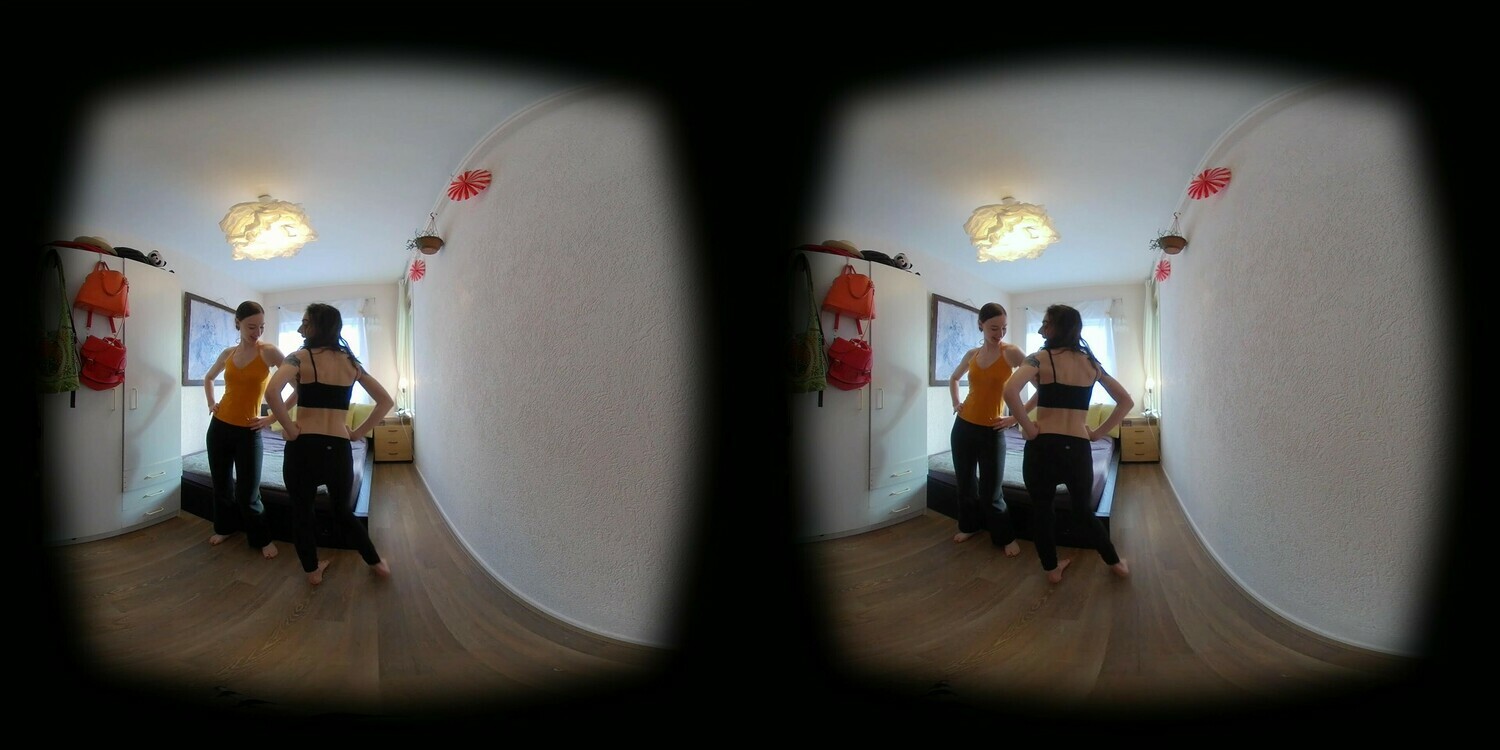 Join Ninja & Tamar for 5 min of interactive exercises in a 180 stereoscopic video.
This video can be played on any 360 player (tested on the free 5k player), you'll just get the video doubled when you turn around the camera.
This can also be played on any cellphone based VR like google cardboard if use it on an app like SBS 3D Video Player

You'll also get a 10% discount code to use in all other future VR Experiences including upgrading to the VR experience of Hip Movement For Better Sex you can see below.

Save this product for later